Insurance » Healthy Lifestyle » What Does Gift Giving Look Like Around the World?

For many people in the US, this time of year is all about giving. Obviously, though, not everyone in the country, or around the world, celebrates the same holidays, or gives gifts at this time of year. But, whenever it’s done, it’s a very human thing to exchange gifts – we all just do it in our own unique ways. So this gifting season, we thought it would be fun to take a look at gift giving traditions around the world. After all, you never know when the knowledge might come in handy, or you might find a new tradition for you and your loved ones! But at the very least, we can all learn something about what it means to be human by looking at this almost universal impulse.

To Gift Is to Be Human?

People have been giving gifts for thousands of years. Researchers believe that even in primitive Stone Age culture, the giving of gifts like animal teeth or unusual rocks was fairly common. This impulse seems to be hardwired into our DNA: scientists have found that our closest primate cousins, bonobos and chimpanzees, give each other gifts of food and tools.

But humans have really run with the whole gift giving thing. Once we got the hang of tools, those teeth and rocks could be turned into jewelry, and the act of gift giving evolved around various traditions, rules, and superstitions. In many cases, gift giving revolved around making tribute to powerful people (like to the pharaoh in Ancient Egypt, or the king in Medieval Europe), but it never stopped being a personal impulse, as well.

But why? Humans are social creatures and we need to feel a connection or a bond with others, and gift giving isn’t just about the stuff being exchanged: it strengthens our bonds. At least, that’s what Marcel Mauss says in his book, The Gift, an important and influential study on gift giving. According to him, the expected reciprocity of gift giving is what binds us together (in fact, there is an implied obligation behind all gift giving), and the gifts we give are actually extensions of ourselves.

Very interesting! And it makes sense. But how about the traditions that we quirky humans have developed around gift giving? They don’t always seem to make as much sense, right? But they are fascinating, and can tell us a lot about ourselves and our cultures.

Gift Giving Around the World

So what does gift giving, whenever it happens, look like around the world?

In many East Asian countries, like China, Singapore, Taiwan, South Korea, and Japan, it’s the custom to refuse a gift up to three times before accepting it. The giver should continue to offer, and downplay the value of the present, insisting that the intended recipient take the gift, which will eventually be accepted.

On the other hand, in some Middle Eastern countries like Yemen and Saudi Arabia, refusing a gift wouldn’t be because of wanting to seem modest and not greedy. That’s because receiving a gift from anyone but the closest of friends in these countries is considered embarrassing. When gifts are actually given between loved ones, they are thoroughly examined – it’s a sign of appreciation and respect for the gift and giver, who’s expected to carefully select the best quality available.

In some cultures, you have to be careful about how much of something you give. For example, while even numbers are generally considered lucky in Asian countries like China, the amount of something you give should not contain the numeral 4. This is because the word for “four” sounds like the word “death” in many Asian languages, and is considered unlucky. If you’re giving a gift in India, though, it should be given in an odd amount.

Give a little bit of yourself

For the Massai people in Kenya and Tanzania, it is considered an honor to spit on a gift before giving it. That might seem rude to people outside of that culture, but the meaning behind it makes all the difference. In Massai culture, water and grass are sacred because they’re what feeds their cows, and so sharing your own precious water with someone you’re giving a gift to is a powerful symbol. 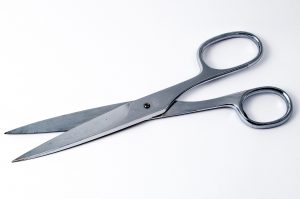 Or, actually, don’t. In some cultures, like those of certain South American and East Asian countries, giving sharp objects like scissors or kitchen knives is seen as a real no-no. This is because giving anything pointy or sharp represents the severing of ties and relationships. Obviously not the message you want to send when giving a gift!

In addition to sharp objects, there are other items that would be considered inappropriate gifts in other cultures. For example, in China clocks aren’t something you’d give to someone, since in many Chinese dialects, the phrase “give clock” sounds too similar to the phrase “see off into death”. In addition, handkerchiefs are considered inappropriate as they tend to symbolize crying and funerals, and umbrellas symbolize the end of a relationship. And how about this: green hats – in case you were specifically looking at giving one of those – communicate the decidedly unfriendly message that your wife is cheating or your sister is a prostitute.

In Italy, brooches (and handkerchiefs) are associated with mortality, as clocks and handkerchiefs are in China. In Japan, forget about bringing a potted plant as a hostess gift, since they’re thought to encourage illness. And in Greece, be careful giving an expensive gift, because the receiver will feel obligated to reciprocate with something of equal value. Finally, gold and silk are never given to men in Saudi Arabia, because the Prophet Mohammad declared that those two items could not be worn by men of his nation.

In some cultures, how you hand over your gift is important. For example, in India and the Middle East, the left hand is considered unclean so givers should use their right hand to give and receive gifts (unless they’re so heavy two hands are required). In East Asia (China, Thailand, Vietnam), people always offer or accept a gift with both hands, palms up. 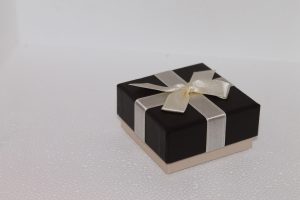 Most cultures wrap presents, but in many places, the color of the wrapping matters. For example, in Asia, white, black, and blue gift wrap isn’t used, since these colors are associated with mourning. And while yellow paper is cheerful and appropriate for celebratory gifts in India, in China it’s covered in black writing and used exclusively for gifts to the dead. In South America, black and purple are avoided because of their association with death and religious ceremonies, and in Italy purple is simply considered unlucky.

The law of opposites

Many of us are used to giving gifts to the host of a party, whether it’s a housewarming, birthday, Christmas party, or wedding. But in Native American cultures, gifting etiquette is often the opposite to that of any other culture. Traditionally during weddings and other celebrations (birthdays aren’t always recognized), guests are the receivers of gifts rather than the host of the event.

In Zimbabwe, it is not uncommon to be directly asked for a gift. And if you’re given a gift there, unlike in places where it’s polite to refuse a gift, the worst thing you can do is refuse it, even if you’re worried about the giver’s ability to spare it. Not showing an interest in the giver’s gift is like not showing interest in the giver themselves – just as we talked about above, presents can be seen as an extension of the giver! In addition, gestures of thanks are much preferred over a verbal “Thank you”. These may include jumping up and down, dancing, or even whistling. 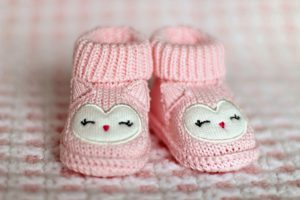 Have a friend in Europe who’s expecting a baby? In many countries there, including Germany and Spain, don’t expect there to be a big, American-style baby shower: giving gifts before the baby is born is considered unlucky.

In Egypt, gifts are a way to sustain relationships for the long-term, and ensure that you recognize the presence of friends and family in your life, so they are often given to all sorts of connections – and even relatives of connections – in people’s lives. And, interestingly, gifts are double-wrapped so the receiver gets to open them twice.

In some countries, like in Russia, it’s important to consider the value of the gift given, and the timing of giving it. While in Greece giving an expensive gift can feel like an obligation, in Russia, it could be seen as a bribe and have negative feelings attached to it. That means givers downplay the value of gifts – and if they’re refused, they simply leave them behind with the receiver when they part. Gifts given in a business setting should always be given after any meetings or transactions, so they aren’t seen as a bribe.

In Maori culture (the native culture of New Zealand), gift giving can be about giving back, but also getting back. The concept of Utu, translatable generally as “revenge”, is important to this culture, since it’s all about restoring balance and harmony in the world. This means that whenever something good happens to you, you must in turn reciprocate with your own good action. As a result, Utu is central to gift-giving in Māori culture, because reciprocating for someone’s good action can be done in the form of a gift. However, Utu also refers to when you have been wronged by someone, in which case you can demand a gift from them to fulfill this restoration of balance.

The above are just a few of the many rich traditions and customs surrounding gift giving that can be found around the world. As we said, knowing about them might come in handy if you would like to give gifts to people who are outside of your circle. And, as we reflect on all the gift giving we’re doing this year, and the rituals that surround it, let’s remember why we do it, and why we put so much thought behind giving. It’s part of what makes us human – however we do it – and helps bind us together!